Widdershins Blog Tour The Books That Made Me 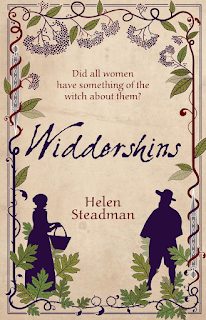 As part of the Blog Tour to celebrate the release of Helen Steadman's first novel I asked Helen to tell me about some of her favourite books as part of my new series The Books that Made Me. Helen responded with three of her favourites from her teenage years and insists that she must have been a contrary young reader as they are rather surprising choices for a writer of historical fiction, nonetheless as the wonderful Meg Ryan said in You've Got Mail "When you read a book as a child, it becomes a part of your identity in a way that no other reading in your whole life does" So on with the books.

The Books Made Me: Helen Steadman The Teenage Years

1984 by George Orwell
‘Nothing was your own except the few cubic centimetres inside your skull.’
This was the most striking book I had ever read, and I don’t think any other book has ever had the same effect on me since. It was the first time I’d read a book underpinned by such enormous ideas. Sinister concepts like thoughtcrime and newspeak were terrifying, as was the totalitarian setting. This book made me think about the world in a different way. It should be compulsory reading for everyone.
Mort by Terry Pratchett
‘Alligator sandwich,’ he said. ‘And make it sna—’
One Saturday afternoon, I found a Discworld book lying in a puddle of beer in the Haymarket, a much-missed Newcastle watering hole. I was a bit bored, and it didn’t seem appropriate to whip out my knitting, so I read the book. It was hilarious and I was immediately hooked on Terry Pratchett. Of all his books, I have a soft spot for Mort, because I love Death as a sandwich artist. Finally, I owe Terry Pratchett because it was in his Discworld books that I first heard the word ‘widdershins’.
One Flew Over the Cuckoo’s Nest by Ken Kesey
‘Man, when you lose your laugh, you lose your footing.’
This book broke my heart when I first read it because it was so shocking that people should suffer like this, and it was my first real inkling of there being such a thing as mental illness. Beyond the shocking and upsetting subject matter, though, was Kesey’s writing. It was unlike anything I’d ever read previously, making me feel as though I was inside the head of someone mentally ill. He also captured language perfectly, so it felt very real and immediate.

Thanks so much to Helen for taking part in The Books That Made Me
Helen's book is published by Impress Books and thanks to Natalie for an early reading copy
The blog tour continues details below. 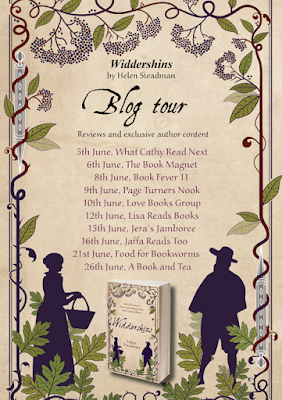