A Painter in Penang by Clare Flynn 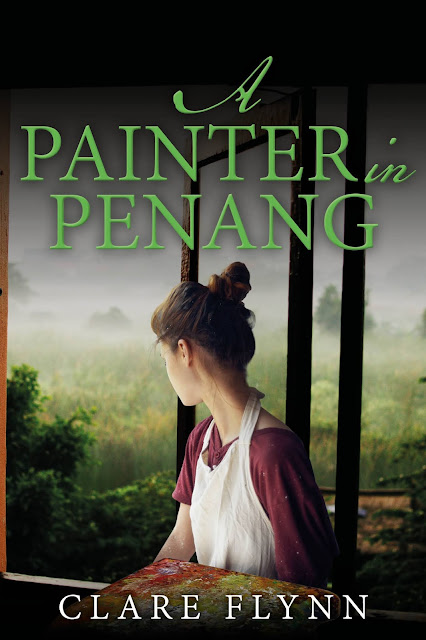 Sixteen-year-old Jasmine Barrington hates everything about living in Kenya and longs to return to the island of Penang in British colonial Malaya where she was born. Expulsion from her Nairobi convent school offers a welcome escape – the chance to stay with her parents’ friends, Mary and Reggie Hyde-Underwood on their Penang rubber estate.

But this is 1948 and communist insurgents are embarking on a reign of terror in what becomes the Malayan Emergency. Jasmine goes through testing experiences – confronting heartache, a shocking past secret and danger. Throughout it all, the one constant in her life is her passion for painting.

From the international best-selling and award-winning author of The Pearl of Penang, this is a dramatic coming of age story, set against the backdrop of a tropical paradise torn apart by civil war. 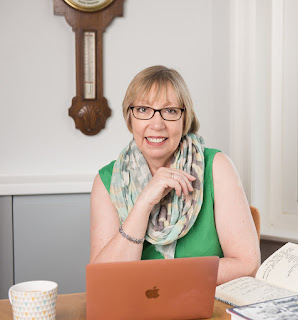 Q1. Where did your inspiration come from for the Penang series?

I’d been travelling around the world on a four-month cruise and to my consternation was unable to write. I just couldn’t face it. This had never happened to me before. Penang was one of numerous ports of call and I spent only a day there, but something must have got under my skin as I started to dream up a story set there. By the time we came out of the Suez Canal heading for home I was writing furiously.

I’d intended to go back to Penang to do more research but had to do it virtually as I couldn’t get away. That brief excursion to the island ended up giving me fodder for three books (and who knows? - there may end up being more eventually) and has paid for my round-the-world cruise several times over.

Q2. What made you decide to write historical fiction? Has history always been a passion of yours?

I did A Level history at school on sufferance! I hated it. Largely because of a lousy teacher who used to fill the blackboard with notes in a tiny scrawling hand and expect us to copy them down. It all felt very dry and irrelevant to a sixteen-year-old. Yet when I was younger it had been my favourite subject – a classic example of the impact of poor teaching on learning.

When I started to write I didn’t set out to write a historical novel. In fact, my first attempt at a book was a thriller which never got past the first half dozen chapters. But when I began to write seriously, it just happened to be historical – set in the 1920s and I found I loved all the research.

I write about the twentieth century as it is within touching distance. I write about the times my parents and grandparents lived through, so it has the immediacy and familiarity of a personal connection, yet is outside my own direct experience. While I’m fascinated by more remote periods I can’t see myself writing about them somehow. Mind you, I always used to say I’d never write about World War Two – and I have now written eight books set during or immediately after the war. Never say never!

Q3. Has it been harder to release and promote a book during the Covid pandemic?

No. Business as usual! Most of my sales are online so I wasn’t really impacted by the closure of bookstores and I very rarely do physical promotions. I have done a live Zoom for readers which I enjoyed and will probably do another sometime in the new year. While the pandemic has been a horrible nightmare and I found it personally very difficult coping with isolation at first, it probably had a positive effect on my sales as I’ve had my best year ever. I do feel desperately sorry though for booksellers forced to close their doors – and for authors whose publishers delayed their book launches. Some debut authors may never recover from the loss of momentum.

Q4. What's a typical writing day like for you?

There is no typical day. Sometimes I get started bright and early and other times I can’t get going for ages. I probably write more productively in the morning but that doesn’t stop me putting off working until the afternoon. I very rarely write in the evenings though these days.

I tend to read through yesterday’s work first to get back into it. I’m not a planner. I have a rough idea of the direction of travel but the story happens when I am sitting with my fingers on the keyboard. I edit as I go. I think the switching between analytic and creative modes that this entails suits me. I also research as I go. I usually do some general reading beforehand but mostly I do a mix of writing, editing and researching. A lot of writing advice tells you to leave gaps to check facts later and keep ploughing on, but if I want a character to listen to a song or go to the movies, I have to decide then and there what they are hearing or watching. Often that opens a door to new ideas. This hybrid approach also keeps me interested (I have a low boredom threshold!) – although I can often get lost down the rabbit hole and forget what I was trying to discover in the first place!

Q5. What's next on your writing horizon?

I sent a manuscript off to my publisher about ten days ago so I’m waiting to hear the reaction. Once I know, I will make up my mind between two options for the next book – but meanwhile I’m enjoying a bit of a break before I have to start work on the editorial feedback.

I have some interesting ideas mulling around in my head at the moment. I try to write two books a year so it looks like next year will be taking me to Australia and a couple of places in SE Asia. With a bit of luck, I may even get to go there myself! I have found a beautiful hotel on an island I want to stay in to relax and write – and I can always add on some research trips at the same time. I am hoping that by then things will be closer to normal.

Q6. Who are the writers you admire? The books that inspired you to write?

I hate this question as it’s impossible to answer! I’ve always been a voracious reader – although these days I am painfully slow as there are way too many distractions. I love the classics and grew up with them – not just the obvious English classics such as the Brontës, Hardy, Austen, Eliot and Dickens but also American, French and Russian literature from Fitzgerald to Zola and Chekhov. I read these from choice – not through school – and I still love to go back to them and learn from them.

When I was in my teens and twenties, I would devour several books a week – jumping from Mary Stewart and Daphne Du Maurier to Harold Robbins and Jackie Collins, then Anthony Powell and Evelyn Waugh. Nowadays I am particularly enjoying early to mid-twentieth century writers – a favourite is Dorothy Whipple. I am reading my first ever Ivy Compton-Burnett at the moment, but I must admit I am finding it a trial. Not everything withstands the test of time. In terms of contemporary writers, I love Kate Atkinson, Hilary Mantel, William Boyd. I could go on for ever!

Thanks very much for inviting me into the attic! It’s been delightful meeting you.

Thanks so much Clare for such brilliant answers.