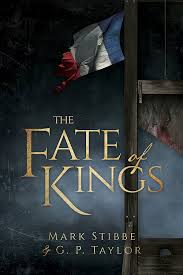 I am delighted to be taking part in the blog tour for Fate Of Kings by Mark Stibbe & G.P. Taylor. This is the first in a new series centering around Thomas Pryce; an 18th Century reverend based on the Kent coast. it is 1793 and "La Terreur" has France in it's grip. The parents of Pryce's beloved French wife are in danger and determined to save them if he can, he travels to France where he meets his wife's uncle and comes under the suspicion of the agents of a secret society with dark intentions. Pryce soon finds himself caught up in a whirlwind of page turning adventure and derring-do. This is a fine start to a series that will no doubt be hugely popular. If you are a fan of Bernard Cornwell's Sharpe series, or of The Master & Commander series by Patrick O'Brian then you will enjoy this, it's occasionally tongue in cheek, there is action and adventure on every page and it's very, very enjoyable. Although I do think first and foremost the story works as a fun, grown up, boy's own adventure, it is also chock full of interesting women who very often save the hero and save the day. The book features numerous other characters without becoming confusing or feeling weighed down with information. I don't want to give away too much of the plot but the book also features the creation of the first British Secret Service and many of the incidents and characters are based on fact. Great fun for historical fiction fans and hopefully there are plenty more Thomas Pryce adventures to come.

Thanks very much to Rhoda Hardie for a copy of the book. 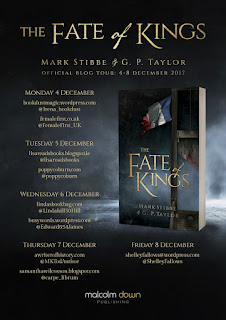