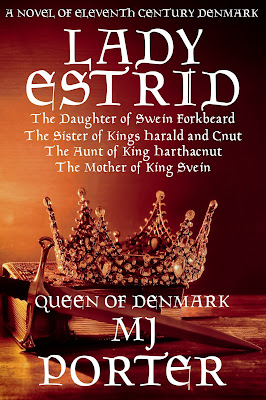 MJ Porter's Lady Estrid is a novel about the powerful women behind the thrones of England, Denmark, Normandy and Sweden and one woman in particular Lady Estrid Sweinsdottir; the daughter of King Swein Forkbeard, the sister of Kings Harald and Cnut and the mother of King Svein. We meet Estrid as she returns to Denmark after her first marriage in Kiev has ended after only a few months with her young husband's death. News arrives that her father Swein Forkbeard has declared himself King of England. While his family in Denmark rejoice Estrid knows that her father is already dead, having seen his death in her dreams. Her dreams of the future are never wrong but they are often frightening and confusing. As the game of kingdoms plays out amongst the sons of Swein, Estrid is determined to be more than just a pawn, she wants to be a player. As we follow her from young woman into motherhood and power, we see her achieve that. MJ Porter is a powerul writer. The details of daily life in the medieval courts are fascinating and the characters are well drawn and intriguing. Estrid's stregth and determination propel the plot as history plays out over the 11th Century. I was delighted to be asked to review this novel as part of the Coffee Pot Book Club Book Tour. 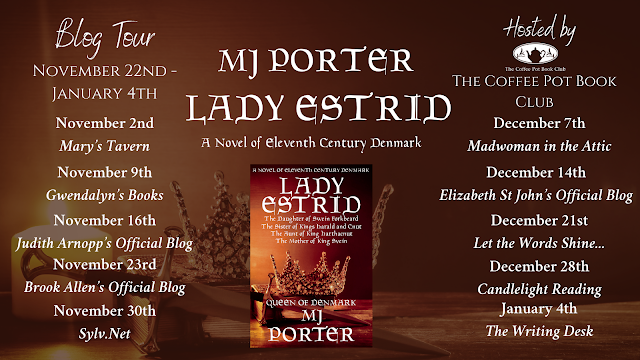