A Net For Small Fishes by Lucy Jago 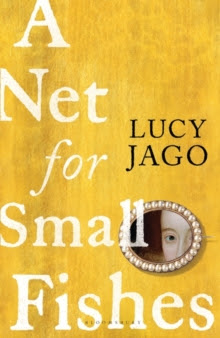 I am thrilled to be part of the Blog Tour for this outstanding novel. A Net for Small Fishes is based on a true story and set amongst the bickering, jealous and cruel court of James VI and I where gossip is currency and wealth is power. Frances Howard is a beautiful young woman forced to marry a cruel and sadistic man to restore her family's standing, for the Howards are Catholic and James is a man always looking over his shoulder for the next plot to destroy him. Anne Turner is the clever and ambitious wife of a doctor, desperate to be admitted to court life. The two women despite their disparity of age and social standing form a friendship rooted in a shared interest in fashion, gossip and potions and a shared desire for happiness with the men they love.  However the two women's rise in court circles is observed by others such as Sir Thomas Overbury who refuses to hide his jealousy, suspicion and distrust of Anne and Frances. Soon they are caught up in scandal and accusations of witchcraft. The writing is superb, particularly in the portrayal of female friendship and frustration. The contrast between Anne's life which at times verges on destitution and Frances's lavish lifestyle are incredibly rendered but their emotional bond is at the centre of this story and it changes the historically accepted narrative which has painted Frances Howard as an evil seductress giving her a voice and a story.

Thanks so much to Bloomsbury for my gifted copy. Find out more about the author here

and about the book here 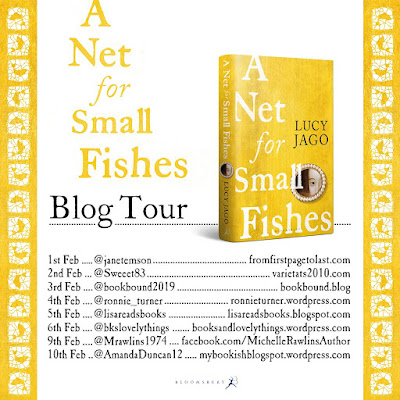