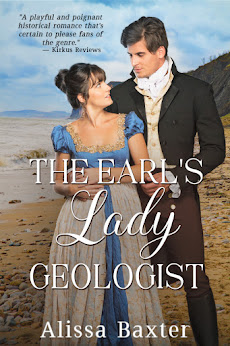 Alissa Baxter's new novel is a delightful regency romance. The story features a young heroine; Cassandra with an interest in exploring the fossils, rocks and formations of the coast at Lyme Regis were she has lived with a rather controlling spinster aunt since her father's death. She counts Mary Anning amongst her friends. However as the end of her mourning period and the time for her coming out to London society approaches she is persuaded to stay with her uncle and other aunt in London. Cassy has no intention of hunting for a husband. She has enough inherited wealth to get by and no interest in pursuing romance or marriage. Her cousin through marriage Lord Rothbury although a recent acquaintance has quickly become a fixture in her life and although he initially appeared disapproving of her interest in fossil hunting in soon realises her excellent artistic talent and knowledge in the area and employs Cassy to do some illustrations for him. The two trade witty remarks and despite some misunderstandings romance blossoms. This is a delightful traditional regency romance novel that will appeal to fans of Harlequin, Mills and Boon and of course Jane Austen. 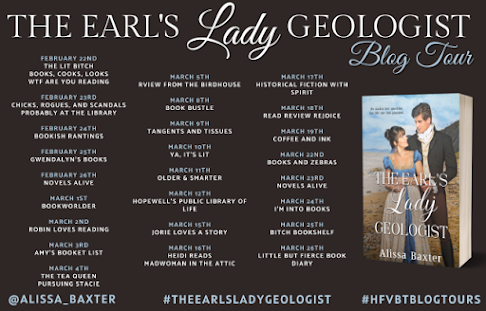