By My Sword Alone Blog Blitz 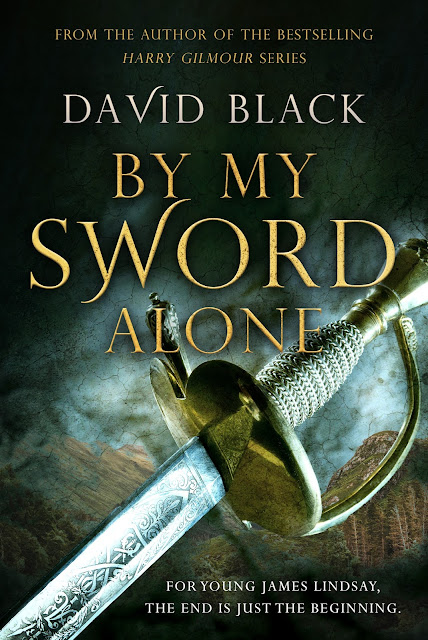 The Battle of Glenshiel, 1719. Thirteen-year-old James Lindsay watches the action unfold as the Jacobite forces supported by his family are defeated. For the rebels, it is the beginning of the end. But for James, forever marked by the battle, it is truly just the beginning.

Later, forced to flee Scotland, James finds himself on the European mainland and eventually in the Roman palace of his own ‘king’. There, he experiences all kinds of adventure, from the romantic to the brutal. Chastened by time and experience, he gradually loses the naivety of youth and takes a more mercenary approach as the great events of history unfold.

Yet all the while, he is aware of developing philosophies and how they are extending, slowly, into the lives of men and women – and monarchs. On he battles, through the Age of Enlightenment – until he meets a woman who challenges everything …

By My Sword Alone is a striking blend of historical novel and psychological profile that immerses readers in the thought, politics and bloodshed of eighteenth-century Europe. It will please David Black’s many fans and likely win him many more.

David Black is the author of the best-selling Harry Gilmour series set in the Royal Navy submarine service during World War Two. He also wrote the novella All the Freshness of the Morning, a fictionalized account of President John F. Kennedy’s epic World War Two service as Skipper of the US Navy torpedo boat PT-109 in South Pacific. Black is a former UK national newspaper journalist and TV documentary producer. He now lives in Argyll and writes full time.