Madwoman in the Attic #9 Anne Fuller 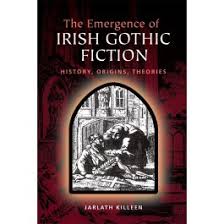 Very little is known about Anne Fuller, there is scant evidence of her life and her work is these days obscure and long since out of print. She hailed from Kerry and died in Cork in 1790. She is important however, as she was one of the first women to work in the Gothic tradition and one the first writers of historical fiction. Her work was dismissed by many early twentieth century critics; as was a lot of women's writing. However more recent critical texts which examine the Gothic tradition such as The Emergence of Irish Gothic Fiction by Jarlath Kileen of Trinity College Dublin and The Blackwell Encyclopedia of the Gothic have included her as an important part of the early Irish Gothic tradition along with Regina Maria Roche, Ann Burke and Sydney Owenson. She is being restored to her place in the canon of Irish Literature by the rise in studies of both Gothic fiction writers and of women writers of the 18th Century in general. The acclaimed scholar Ellen Moody in particular sees The Convent or, The History of Sophia Nelson (1786) as a precursor to Jane Austen's Northanger Abbey.
For further information on the connections between Fuller's work and that of her contemporaries, the following essay is particularly useful. Ellen Moody

Posted by Lisa D, at 7:29 PM No comments: Links to this post