Showing posts from May, 2014
Show all

The Rosie Project by Graeme Simsion 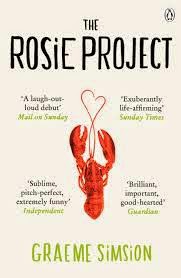 I read this for my book club and it was not the kind of book I would usually choose myself. However I really enjoyed it. I have a habit of judging books by their covers and this one really does not appeal. The significance of the lobster becomes clear early on in the story but it is not a major part of the plot so I'm curious as to why it was chosen. Anyway the basic premise is that Don Tillman; a geneticist at a top Australian University would like to find someone to share his life with. Don likes order and calm and rational thinking so he decides that a scientifically calculated questionnaire will help to narrow the search for the perfect woman. Don enlists the help of his (only) two friends womaniser Gene and his long suffering wife Claudia. One day Gene sends a striking young woman to Don's office, Don asks her out to dinner and Rosie accepts. Despite a few mishaps they have an enjoyable time and it turns out that Rosie needs Don's help to find her biological father. …
1 comment
Read more 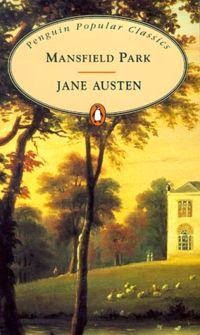 My Book Club were filmed for Irish Breakfast TV show Ireland AM for their Book Club Slot. the link below will take you to the video. Not sure if it will work outside of Ireland.

Here is a reminder of my review of Mansfield Park

Mansfield Park was published 200 years ago this week. It was the book Jane Austen published immediately following her success with Pride & Prejudice and it tells the story of Fanny Price a poor relation of the Bertram's of Mansfield who is brought to live with the family when she is ten years old.
Fanny is a character that a twenty-first century audience will find hard to understand. She keeps her mouth shut even when she disagrees with what others are doing and she remains resolutely good even when the bad behaviour of the other characters leads to her getting hurt. She is the moral compass at the centre of a group of characters of questionable morals. In a way Austen is at her most bleakly comic wi…
1 comment
Read more 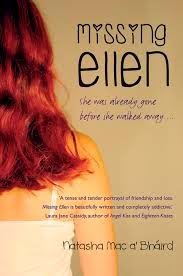 It seems that Children's Publishing in Ireland is going through a golden age and long may it last. The announcement of a new Laureate Na Nóg; Eoin Colfer and Marie Louise Fitzpatrick winning the CBI award have both brought Irish books for children into the limelight. However there is so much more going on in the world of publishing for children at the moment, especially for older children and teens and it seems O'Brien Press are in the vanguard. O'Brien publish Erika McGann who has recently won a UK books award for The Demon Notebook which was also chosen for a nationwide UK schools reading programme. They also publish Sheila Agnew's debut Evie Brooks is Marooned in Manhattan the first of a series which is getting fantastic reviews and great coverage in the media. Another outstanding O'Brien author is Nicola Pierce whose latest book City Of Fate was recently picked as a Lovereading book of the month. O'Brien have also branched into the YA market with the incre…
Post a Comment
Read more

Mansfield Park was published 200 years ago this week. It was the book Jane Austen published immediately following her success with Pride & Prejudice and it tells the story of Fanny Price a poor relation of the Bertram's of Mansfield who is brought to live with the family when she is ten years old.
Fanny is a character that a twenty-first century audience will find hard to understand. She keeps her mouth shut even when she disagrees with what others are doing and she remains resolutely good even when the bad behaviour of the other characters leads to her getting hurt. She is the moral compass at the centre of a group of characters of questionable morals. In a way Austen is at her most bleakly comic with this novel as she paints the upper class, as condescending, flighty, arrogant and lazy. Fanny is a lot like Jane herself taking it all in observing not really getting involved possibly because Jane like Fanny held a precarious poistion in society, having to be supported by male…
Post a Comment
Read more 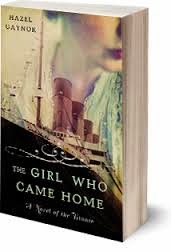 Q1  What are you currently working on?
With my debut novel, THE GIRL WHO CAME HOME, recently released, I'm currently busy with promotion, which is a really fun side of the writing process, and one I've never really experienced before. I've done lots of radio interviews with stations in the U.S. and Ireland and have been busy answering lots of great interview questions for book bloggers and the press. So much of the job of writing is spent in isolation so it's been really great to connect with readers and reviewers and come out from behind the laptop for a while! Other than that, I'm expecting final edits back any day for my second novel, DAUGHTERS OF THE FLOWERS, which will be published in early 2015. I'm also deep in the first draft of my third novel and tinkering with an idea for a screenplay.
Q2 What is about your work and your writing process that is different from other writers?
I suspect I'm very similar to most other writers in that I struggle and I s…
2 comments
Read more 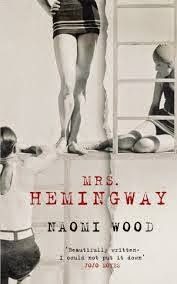 This is a book I have been wanting to read for a while now, it intrigued me, not because I'm a big fan of Hemingway (although I did go out and buy A Farewell to Arms, The Sun Also Rises and A Moveable Feast after reading it) but because of the interesting times that he had and his four wives lived through; Paris in the 1920s, Spain during the Civil War in the 1930s and of course the dangers of Europe throughout the Second World War. I haven't read Naomi's work before this and I have to say her writing style is warm, witty and easy to read. For me this was an absolute page turner while also being a thorough character analysis of the four women and the ups and downs of their relationships with each other and with the charismatic Ernest, around whom the novel revolves. Although Ernest is not given a voice his character comes across very strongly as we see him through the eyes of the women who by turns love him, hate him, pity him and are finally abandoned by him. I really en…
Post a Comment
Read more

Evie Brooks is Marooned in Manhattan by Sheila Agnew 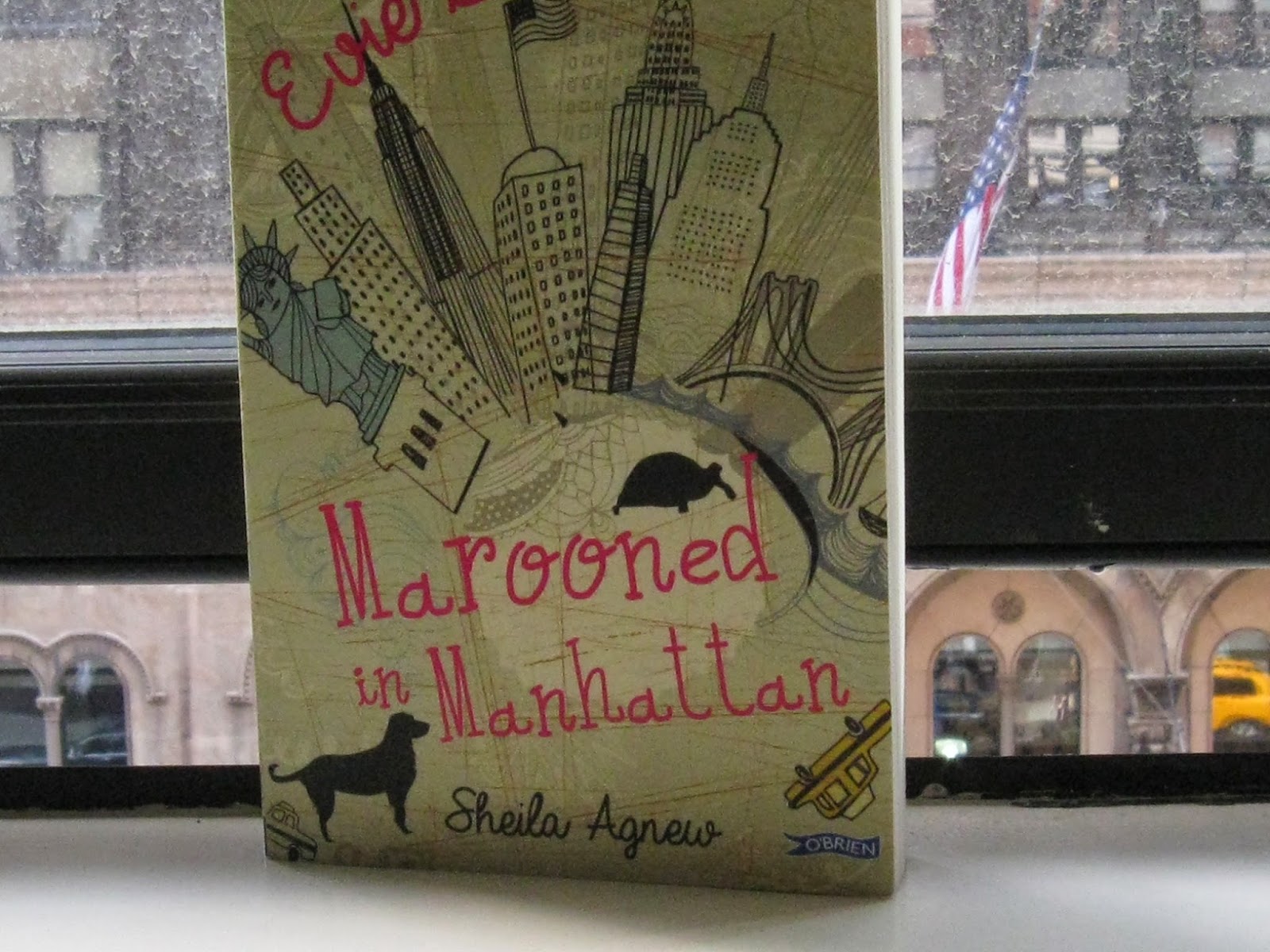 I was lucky enough to receive a copy of this lovely debut from Sheila Agnew before publication in March but as I knew I was going to Manhattan myself in April I decided Evie had to come with me. Here she is sitting on my hotel window sill you can just about make out the flag of the United States on The Central Park Hotel across the street. I actually started and finished this book on the plane over. It was that addictive. To be honest the cover misled me a little I was expecting a light hearted tale of shopping, sightseeing and celebrity. However I was pleasantly surprised. Evie travels to New York rather reluctantly as her mum has just died and she has to go and stay with her uncle Scott a vet, although they both agree that she can call him just Scott without the uncle. Apartment living is a strange experience for Evie, as is having a cleaning lady and meeting all kinds of strange and unusual pets and their even stranger owners at Scott's vet practice. In fact Evie feels she cou…
Post a Comment
Read more 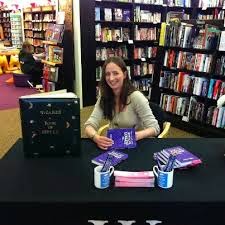 Great news today for author Erika McGann she has won this year's Waverton Good Read Children's Award for her book The Demon Notebook published by O'Brien Press. The book has also been selected for Booktrust's "Read for My school Campaign" which means that children all over the UK will be reading it.  You can read my review of The Demon Notebook here http://lisareadsbooks.blogspot.ie/2012/11/the-demon-notebook.html Erika's second book featuring the adventurous would-be witches Grace, Jenny, Rachel, Adie and Una is called The Broken Spell it was reviewed by Mara over at InkandPaperHearts check out her review here http://inkandpaperhearts.wordpress.com/2013/09/27/the-broken-spell-by-erika-mcgann/ The Third book in the series The Watching Wood will be published in September with all three books set for a US release to follow. Well Done Erika.

A Single Breath by Lucy Clarke 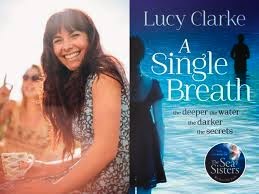 This is a Guest post from Margaret Madden of Bleach House  Library which originally appeared on her own blog. http://bleachhouselibrary.blogspot.ie/2014/05/single-breath-by-lucy-clarke.html
One of my first ever reviews was for Lucy Clarke's debut novel, The Sea Sisters.  I adored that book and bought numerous copies for family and friends.  It was one of my top reads of 2013 and I genuinely could not wait for her second novel.  When this popped up in a prize pack from The W6 Book Cafe, I snuck it to the top of my reading pile and retired to my bedroom with an air of "Do Not Disturb" about me!
Eva has lost her husband to a tragic drowning accident in England and feels a trip to his homeland, on a remote Tasmanian island, will help her come to terms with her loss and perhaps gain some insight into his past.  She has never met his family and wants to know more about his life on the other side of the world.  Unfortunately, things do not always turn out the way you expected,…
Post a Comment
Read more

Launch of The Girl Who Came Home by Hazel Gaynor 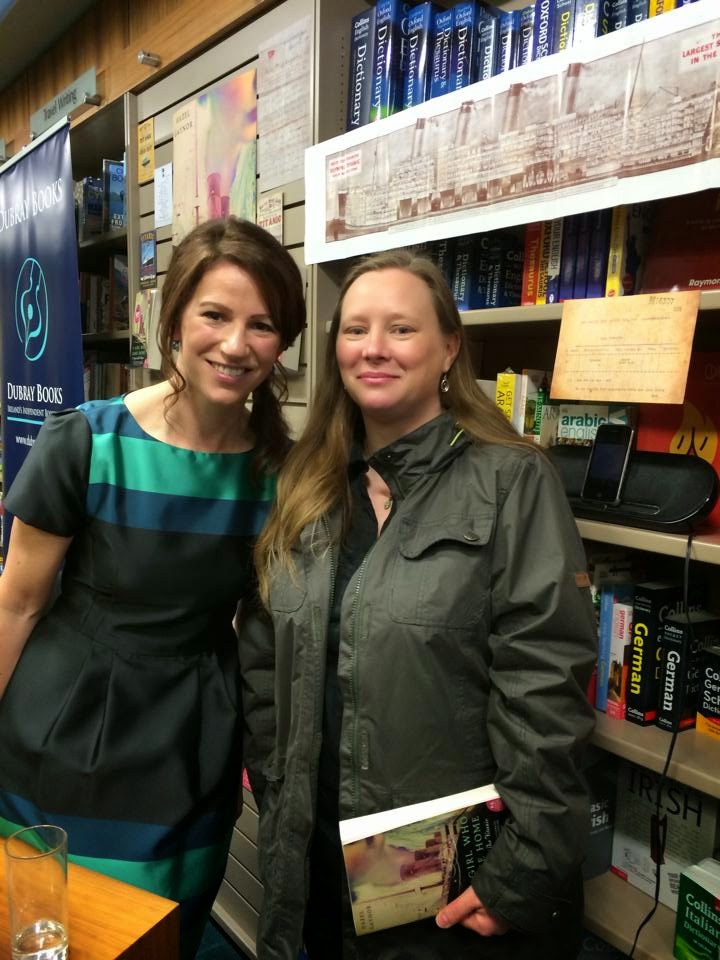 I attended a fantastic book launch for a lovely writer of Historical Fiction last night. Author Hazel Gaynor was launching her novel The Girl Who Came Home at Dubray Books on Grafton Street which is a wonderful bookshop in the heart of the capital. I had picked up Hazel's book at Barnes & Noble in New York last month and she was kind enough to sign it and pose for this picture; taken by book blogging buddy Margaret Madden of Bleach House Library. Doesn't Hazel look amazing? She's the one in the gorgeous dress by the way. Kate Kerrigan author of Ellis Island (review to come soon) and Vanessa O'Loughlin of Inkwell and Writing.ie did the introductions for the launch and Hazel read an extract from the book before thanking her friends and family in verse. The book is based on a real group of people who left Mayo in 1912 looking for a better life in America, however all but three of them died on Titanic. Find out more about Hazel and the book  at her website http://www.…
1 comment
Read more
More posts